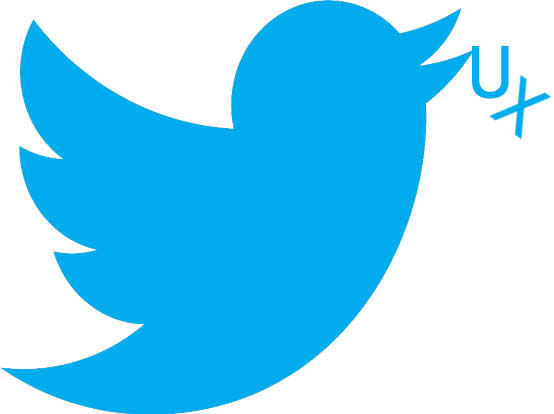 Twitter's active users have been dropping lately, and it's current CEO Dick Costolo, vowed last week that it's time to improve the user experience (UX).

Turns out, the site that introduced the ostensibly simple 140-character paradigm is confusing to new users. "We don't think we need to change anything about the core characteristics of our platform," added Costolo, "We just need to make Twitter a better Twitter."

I am grinning because Twitter's co-founder Evan Williams and then CEO ordered the Importance of User Experience poster from the Experience Dynamics website. He had a checkout issue that prevented him from ordering the poster and he blogged the irony. As a small consultancy, our forays into ecommerce in 2006 had issues: I own that. In fact Ev didn't pay for his poster, his bug report was rewarded with a free poster! Read the former Twitter CEO's blog post about his Experience Irony...

Our forms usability issue pales in comparison to Twitter's UX problems. Twitter confuses me to this day. I've wondered for years how many more hundred of millions of users Twitter could get if they lowered the comprehension or ease of learning barriers...

Twitter's current CEO's proclamation that nothing needs to change about the platform might be a fair technical comment. However, the interface and the hidden labyrinth of rules required to actively use Twitter requires careful study. The type of careful study few users engage in (albeit the serious marketers who have to use the platform). Here's a few things I've noticed that are definitely part of the Twitter secret handshake:

1. Social rule decoding required: Interpreting Twitter's hidden set of hashtags- how to use them; where to get them; where to start them; what they are; what they do etc. requires careful study or explanation. This is perhaps the most serious social UX flaw to Twitter, a social media tool (ironically). Here's an infographic that explains best practices on hashtag usage (looks like it but it is not intended as a joke). Many infographics and articles abound trying to explain how to use hashtags.

2. Rules of engagement unclear: Figuring out when and where to add @abc and what a reply vs retweet is (who sees it and where it goes) can be confusing to new users. We heard this comment a lot in a recent field study we did interviewing users of social media. Many users said things like "I hate Twitter, it's annoying, I don't know how to use it, I feel incompetent, I don't know how it really works...I only use it for work".

3. Joining the in-circle tech culture: In social psychology the idea of in-groups or out-groups exists. (See the Meet the Fockers explanation of the circle of trust). Twitter is definitely an in-group circle in the sense that you are either part of it or you're outside trying to figure out why you're not inside. This doesn't bode well for a social tool in terms of its hospitality and ability to provide a welcoming feeling to new and infrequent users.

To overcome the challenges, Twitter is going to need to better examine it's social UX from the perspective of it's users and how new and existing users socialize with Twitter. As with any confusing interface, removing rule-interpreting should be the first thing to tackle.

What would you fix if you could remake Twitter's #UX?

Until next time,
Frank Spillers, MS