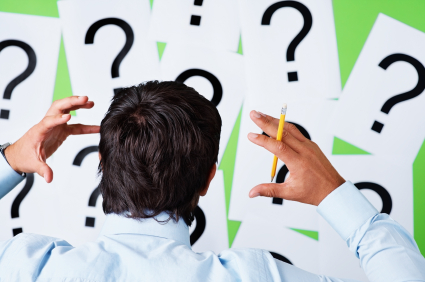 There's a common belief that the problem with errors users make with Web sites or Web apps has to do with differing intelligence levels.Some users even blame themselves for being dumb.

"Sorry about this", I was told by an IT manager at a major financial institution, "It's just that our users are lazy and stupid".

In this post we'll figure out how to deal with so-called stupid users and design for them with designs that are so intelligent even the most stupid user can use them. The insights in this post catalog 12 years of working with thousands of users and a recent study at Experience Dynamics conducted with low-tech and non-savvy users.

First, emblazen this on your forehead: "There are no user errors, only designer errors".

Understanding the mind of a 'stupid user'

1. Users who have trouble (with designs that make them feel stupid) lack a key behavior required in using most interfaces: Discovery and Exploration. Average users do not explore features, menus, controls or options.

2. Users who struggle with interfaces (resulting in a feeling of incompetence) do not notice or use features. One of my excercises in my online usability seminars is to remove 6 features and see if your users notice. See Essentials of Discoverability for more.

3. Users who struggle with designs that are not intuitive are not comfortable with interface elements that are too different. This is one of the reasons Windows Operating System (OS) is still popular and why the Mac OS is not the driver of profit at Apple. Anything that is different means interpreting, and interpreting means interface literacy and familiarity. This is also another reason why consistency of UI Style Guides (see full list of UI style guides) is still so important.

It's another reason NOT to invent UI elements that don't need to be re-invented, like scroll bars (a favorite in Flash environments).

4.Users who do not make interface design distinctions and are therefore "interface blind" ignore complex or multi-step tasks. Anything that involves a lot of effort or discovery and utilizing helpful features tends to be ignored or skipped. In instances on a Website or Web App, users will just abandon or gloss over the task. Making things *seem* easy is as important as actually making them easy. I have a rule that 8 steps should always *appear* as 3 steps.

5. Users not comfortable with computers have a thinner comfort barrier and a general helplessness. The lack of confidence with computers tends to come from lack of exposure in school or in classroom settings. The older the user, the more time they will take and need. Never take for granted the fact that you had computers at school, taught yourself HTML or went to night classes years ago to learn Illustrator or whatever.

Avoid Design Errors so your Users Survive Your Interface

As a designer, developer or marketer, you ought never to encounter the 'stupid' user if your design is fool-proof. Realize that your design needs to cater to users with a lower patience for technology. Many of your users are in survivial mode- they are tyring to avoid a mistake.

Confident (so called "expert" users) leverage things like shortcuts, tricks and patterns they identify based on a vast array of stress-free experience with designs. So-called "stupid" users do not.  For them the interface is a game that they do not know the rules for and therefore already feel disadvantaged. Their exploration is based on caution. Design to the mind of the "stupid" user, and you will build in the saftey nets that will help lower the bar for the confusions and errors inherent in interacting with any design. As a result, your designs will be more responsive and you will never see your users as stupid ever again!