Apple's new tablet concept is rumored to be released in the first half of 2010.

Apple and Microsoft are set to shake up the mobile and portable computing space by introducing what might actually be usable and compelling tablet computers. UMPC's (ultra-mobile PC's) already disappeared from conversations a few years ago and now Netbooks seem to be falling into the abyss (sales are dropping and Michael Dell of DELL is saying users are not happy with them as replacement machines).

The new generation of tablets are poised to intersect with two huge growth factors: mobile and social. Nielsen Ratings research is showing that people using mobile devices to post to social networking sites rose from 6.4M in 2008 to 18.3M in 2009 (Source). According to Facebook (2009), 65M users (quarter of all users) use a mobile device to access Facebook (Source).

I am a tablet PC user. While I love tablets, I am disturbed by their
potential historically being completely overlooked by hardware manufacturers like
Toshiba, Lenovo, Dell, Fujitsu and Operating System manufacturer Microsoft.

I am on my third tablet PC in two years...and I don't think I could use a laptop without tablet functionality! It is especially useful for field studies and for sketching wireframes. It is also functionality that is like a lost puppy out in the cold.Sometimes I leave it in the dog house and don't bring it out! Like a new puppy, many folks observing my use of the tablet want to play too!

The tablet's potential is noticeable...Bill Gates was right- tablet computing is more natural! I think Gates got the vision but he didn't force his ecosystem to deliver a compelling and enabling user experience--more on this below.

If tablets are so cool, why don't you see many more people using them?

First, what is a tablet PC? 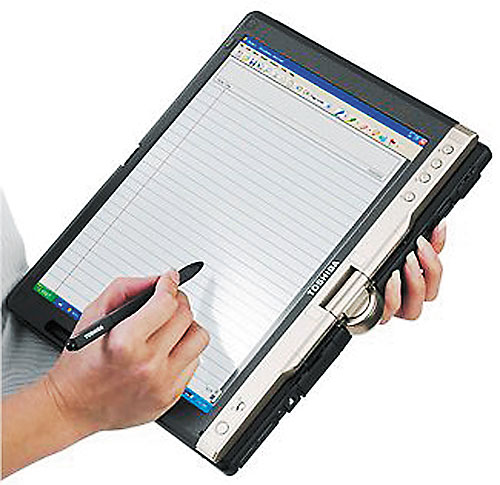 Evangelized heavily by Bill Gates in 2002 a tablet PC is a laptop with a
rotating write-able screen (this is the most common tablet, a tablet
with no keyboard is called a "slate"). A tablet comes with a special
pen that you can use to write directly on the screen. See more demos
here on Microsoft's Tablet PC site.

Tablet PC's really are cool. They let you do things your PC or Mac won't do for you (at least for now). Though there has been an expensive and clunky Mac tablet around for a few years- I have never seen anyone with one.

Tablet's are not new. Like multi-modal interface design (think iPhone or Touch), there is a long history of tablet computing in the Human Computer Interaction research. An early pioneer of 3D graphics and computers (Dr. Ivan Sutherland) was playing with a "Sketchpad" as early as 1963.See black and white image below. 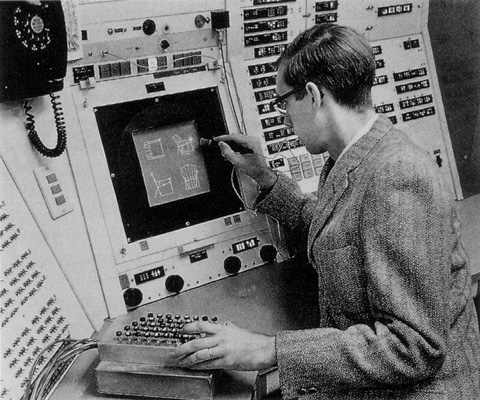 New tablets from Microsoft and Apple will offer touch and more intuitive context-sensitive interfaces (I hope).

Generally speaking, tablet computers offer direct and more natural interaction with your PC. For example, the "pie menu" has a good track record of ease of use in tablet computing concepts, and has even been used successfully on the Web (see Songza) and in complex web applications (by my company Experience Dynamics).

Why do I use a
Tablet PC? My tablet allows me to rapidly do wireframe and UI design
prototyping. I can't understand how more usability consultants, UI and design
professionals don't use tablets. The tablet let's you take notes
directly in a file and save those notes.Tablets are great for getting the attention, confidence and concentration of elementary children (based on proven experiments at home with my daughter).

While interaction is more direct and intuitive, handwriting recognition (like speech recognition) is still a joke.

Why Tablet PC's never made it into consumer hands (so far)

Tablet PC's are excluded from being widely embraced primarily by three key factors: 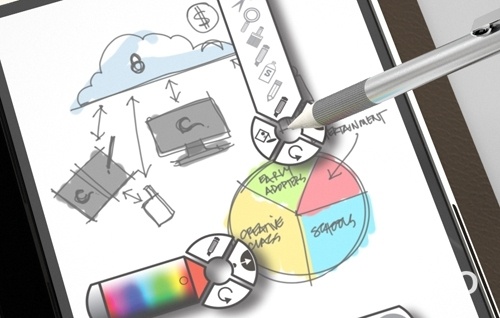 In summary, I am optimistic that the next generation of tablets will bring better user experience. To achieve this goal, focusing on the total tablet user experience will be crucial. Hardware and software, tablet and regular computing interfaces will have to dance around each other, sensing the user's needs. I don't think this is rocket science but it will require addressing the issues raised above. With Apple competing in a once Microsoft-only space, it should get interesting.

With new tablets coming out, (see above, the Microsoft concept new "Courier" tablet leaked by Gizmodo) I expect more touch and direct "on the go" tablet interaction and I suspect the above issues to be addressed elegantly.

Beyond 2010, direct tactile feedback (buttons or keys that feel like they are being pushed) will likely be next. Oh what fun...!