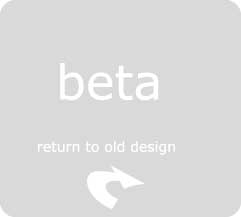 When you redesign a new site, how do you know users are going to like it? How can you ensure that you know how the redesign will sit with existing as well as new users?

Earlier this year, Facebook faced this dilemma when 1.7 million of their uses started a group called Petition Against the New Facebook. The purpose of the group was to boycott the redesign changes Facebook unleashed upon its users:

"I dislike it thoroughly," writes user Cherie Hrynchyshyn in a comment posted Monday morning in the Vote section. "It gives you a lot less features than we used to have and takes much longer to find what you would like." NewsFactor 3.23.09

"They took a lot of functionality, customization and filtering capability out of the home page and replaced it with Twitter-like features, which is to say, they dumbed it down for children". Alternet 3.17.09

Facebook faced a user adoption problem that equated to throwing cold water on their users and expecting them to dry off quickly. Many users still do not like or are not comfortable with the new design. What could Facebook have done differently?

What Facebook missed, like many new redesigns, is that the average user is a creature of habit. Two key habits impacting user adoption include: avoiding configuration and avoiding discovery. A redesign is the equivalent of going into your user's house when they are not home and re-arranging the furniture in their house.

User adoption is not just a website issue, though the tips you will find below are specifically for website redesign launch strategy. Forrester found poor user adoption to be one of the key factors in enterprise applications:

"Hard-to-use and confusing applications discourage use. Increasing usability increases user adoption for the applications, and the faster users begin relying on the system to perform their jobs, the earlier project ROI should be realized. Some 70% of failed CRM projects claim lack of user adoption as a primary contributor. Even successful projects cite low user adoption as a barrier to timely project completion". source

One of the usability redesign rules we follow at my usability consultancy is that the new design should be dramatically easier than the old design. Users are creatures of habit, so the goal of a redesign is to make the new design habit-forming.

Familiarity and hand-holding breeds comfort and cuts off the panic instinct. What's the fastest way to achieve this?

7 proven steps to improving user adoption of your new design

1. Offer a "Preview of the new design" link. It is vital to warn users in advance that the design is changing. Awareness of change ahead can help soften the hard transition many users feel to re-orienting to new workflow. See example from Zappos "Zeta" image left.

2. Offer a "Return to Old Design" link. Giving users an "undo" of the new design, a way back, is vital to the usability guideline of making users feel in control. See example from YouTube  "return to old page" image above.

3. Make a big fuss over the new design. Users need to be alerted that the furniture has been re-arranged. Over the course of writing this post, TypePad (yes, this is a TypePad blog) redesigned their site. To my delight, I was presented with many of the best practices I was looking for examples of. Here's what's worth noticing from the TypePad redesign: First, an offer to try the new design was presented. The next screen was a short redirect to a short video previewing the changes, and the offer to Continue to the new design (good hand-holding). The new design had a help text yellow ribbon across the top with the offer to Return to Old Design. More tips and offer for feedback were clearly positioned on the top of the page.

When Amazon did their classic "big" redesign in 2000, the home page was a letter from CEO Jeff Bezos, providing a "soft landing" for the new design. That's a great example of the "big fuss" I am talking about.

4. Position it as a BETA interface to get feedback. Beta interfaces offer a sense of incomplete design. Instead of just adding Beta to the logo, ask users for feedback. Placing a large Feedback vertical tab on the right side of a page is becoming more common (large, visible, easily accessible).

5. Reach out to the user community to show you care. Make the "we are listening to you message" clear. Offer a survey. Create a user panel. At Experience Dynamics we've had great results (case study) with creating an opt-in panel with our dynamic survey tool. The more users realize a redesign is going on, whether they participate or not, the better. It's the feeling of being asked that matters.

7. Use a Diary Study to catch after-effects. Take home self-reporting journals aka. diary studies are under-used. While they are not as definitive a technique as personas or usability tests, they can be valuable for issues specifically related to user adoption. The benefit of a diary study, is that the data is gathered over time. This gives your design a week or two to become embedded in the user's workflow. Diary studies can be valuable for catching what a usability test can not see, namely the after-effects of a new design.

Taking these steps to prevent user adoption problems can help you avoid a public relations nightmare with your site's usability.