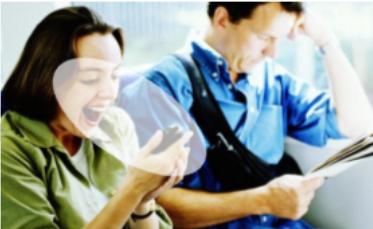 This is a late post relating to my paper presentation at Design and Emotion 2004 (conference in Ankara, Turkey). The entry contains some new writing cut from the paper due to size constraints.

Related paper: "Emotion as a Cognitive Artifact and the Implications for Products that are Perceived as Pleasurable" by Frank Spillers in the Published Works section on the Experience Dynamics website.

So, what does emotion have to do with design?

Emotion is one of the strongest differentiators in user experience namely because it triggers unconscious responses to a product, website, environment or interface. Our feelings strongly influence our perceptions and often frame how we think about or refer to our experiences at a later date.

When we think about emotion design and usability, we typically think of it as "keeping the user happy". This includes designing to minimize the common emotions related to poor usability such as frustration, annoyance, anger and confusion.

What emotions are you designing for?

Let's take a quick look at a few different design contexts and research that supports emotional design as we begin to understand how emotion is an essential design requirement.

1. On the web: A well organized website with a professional, "clean look and feel", with intuitive navigation and task-oriented functionality influences the following emotional reactions:

3. With a product or device: A product that carries aesthetic value and performs elegantly can influence the following emotional reactions:

4. In a physical environment: Environments that facilitate the needs of social, physical and group dynamics with aesthetic considerations can have the following emotional reactions:

Is Emotion the Holy Grail?
Emotion is not an exclusive factor in defining a successful user experience.  Hekkert et. al. (2003) found that every product feature affects the experience, which can be complex and multi-faceted. Further, emotions are culturally specific and variable (Ratner, 2000), which may explain anomalies Desmet (2002) found in responses to the emotions of ‘desire’ and ‘disappointment’ when testing emotion in Japan, compared to responses found in the USA, Netherlands and Finland.

Intensity of emotional expression in product design is also highly dependent on the personal goals, attitudes and expectations the user brings to the product (Van Hout, 2004).

Time for a Paradigm Shift: Integrating Emotion and Cognition in Human Information Processing
Emotion plays a powerful role in our lives (Golman, 1997) and has gained significant attention as a priority area of study in interaction design (Jordan, 2002). Get Pat Jordan's book- previous link goes to Amazon- if you are interested in this topic or area of the field :-)

Traditionally, the field of Human Computer Interaction has distanced usability research from emotion. This practice is reflected by the field of Cognitive Science which, until recently, studied emotion as a separate, distinct facet of human cognition. Ratner (2000) noted that emotions and thinking seem so different, that we classify them as different kinds of phenomena:

“Emotions appear so antithetical to thinking that they are said to interfere with it. Clear thinking supposedly requires eliminating emotions”.

Cognitive research has tended to emphasize humans as problem solvers using the paradigm of a computer to describe human information processing. The notion that typical cognitive functions, such as thinking, rise above emotional processing, is a historic relic of the research practice of separating emotion from cognition. The current equivalent in usability research is the practice of separating aesthetics from interaction. For example, it is typical for usability practitioners to delay aesthetics until later and present “wire-frame” user interface specifications to clients without graphical treatment and to use “Latin” or “Greek” as placeholder content for prototypes.

Vygotsky (1962) and LeDoux (1996) believed that separating affect from cognition was a major weakness in the field of psychology and cognitive science. According to Davidson (2003), the perception that affect and cognition are independent, separate information processing systems is flawed. New breakthroughs in neuroscience using functional Magnetic Resonance Imaging (fMRI) have validated the assertions that cognition and emotion are a unified process. Gray et. al (2002) found that emotion and cognition ‘conjointly and equally contribute to the control of thought and behavior’. Not only does emotion contribute to the regulation of thought and behavior, but also cognition contributes to the regulation of emotion.

Contemporary views in Artificial Intelligence, are also embracing an integrated view of emotion and cognition. In discussing his book the Emotion Machine, Minsky (Steinert-Threlkeld, 2001) stated:

“Our traditional idea is that there is something called 'thinking' and that it is contaminated, modulated or affected by emotions. What I am saying is that emotions aren't separate".

What does all this mean?
For those practicing usability engineering, or responsible for ensuring a successful user experience, it means that you have probably trained yourself to focus on the critical, functional flaws of a design while underplaying the role of emotion. After all, usability is about the functional aspects of a design: Does it work?; Is it easy to use?; Is it easy to understand?; Is it intuitive?

Jakob Nielsen rarely celebrates the aesthetic value of design. On the other hand, his business partner Donald Norman, has transformed his tone to be less critical and more balanced in terms of recognizing emotional factors in design. In a reference to his article (2002) on his website (www.jnd.org), Norman stated:

“Up to recently, however, I could not make the connection between usability and aesthetics - they were distinct spheres of my life. Now, however, I have figured out the relationship”.

Keep the Emotional Data in your Design Decisions
Separating emotion from cognitive functions does not seem helpful from a research or design perspective. Instead, an integrated view of emotion and cognition appears to be taking hold, not only in neuroscience and artificial intelligence but also in interaction design corridors as well. I recently gave a small talk on the subject of Emotion Design at the Art Institute of Portland (Oregon, USA) where I teach a class on usability strategy, that was attended by 40 people from some of the largest corporations in the United States.

Take-away: 1) Create designs that look cool (aesthetic factor) and make your customers look cool (social factor) as well as usable,  2) Just because emotion does not seem quantifiable does not mean that it isn't (see research links in the first section of this article); 3)  Emotion design is a bottom line issue because, after all, customers make decisions based on feelings, perceptions, values and reflections that usual come from gut feelings (not logical, rational arguments).