In an earlier posting, I said: "Jakob Nielsen has an unhealthy monopoly on Usability Consciousness. He promotes best practices, he preaches obedience to his guidelines and when he postulates opinions they are interpreted as instructions".

So what's the big deal? Jakob is an internationally recognized usability "celebrity". His books sell many copies and his website gets lots and lots of traffic. 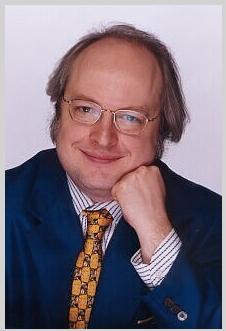 Who is Jakob Nielsen?

Jakob Nielsen has become a hot item over the last five years with regard to website usability. Jakob Nielsen has a computer science PhD and is Danish by origin. See his bio for more... The Danish part is significant I think, because some of his prophesies get lost in translation.

"In the future, first of all, websites will be designed by my guidelines ... for the simple reason that if they don't, they are dead." - Jakob Nielsen.

Some colleagues of mine at a former company said "Look at that, Nielsen says if you don't do what he says you're dead [meat] (American slang for a threat)". If you re-read the quote, I believe the implication Nielsen was making was "you will disappear- become extinct" not "if you don't listen to me you are toast".

So what's the problem with Jakob Nielsen?

Jakob Nielsen is still very popular outside the usability community. Amongst his colleagues however, his popularity has been eroding steadily. Why? There are a couple of reasons for this.

1) Guru role. Nielsen plays up the guru role and gloats in the press coverage of being called a "king" a "guru" and "almost as big as Elvis". Gurus seem to fall into two categories: the silent and humble type  or the boisterous and arrogant type. Nielsen has been perceived by many as falling into the later category. However, I think the real gurus are his public relations firm, the Antenna Group, who are responsible for his glamorous international media coverage.

2) Professional ethics. A few years ago (circa 2000), Nielsen posted on his home page that his fees were roughly $35,000 for a half day high level strategy consulting session. This is where the credibility started to erode for me. If anybody thought usability was expensive, Nielsen certainly contributed to that perception (despite his current claims that usability is cheap: "Usability for $200" and "ROI for Usability").

Around the same time, Nielsen failed to disclose his personal conflicts of interest in several articles.  Before 2000, he always disclosed where he had a conflict of interest (i.e. serving on the Board of Directors) with regard to pitching a vendor product or service in his column. For example, he wrote an article advocating use of Google Adwords and didn't mention he was on the Technical Advisory Board. After doing that several times and being criticized by his peers, he came clean and apologized for not disclosing his conflicts of interest.

3) Useit.com. Nielsen's personal website defiantly retains its 1997 look and feel. Nielsen's justification for his site seems ridiculous (he says he is "not a visual designer and didn't want to spend money to hire an artist"). Reading between the lines, like many usability engineers, Nielsen does not seem to personally value aesthetics and that shows in his work. His site is also full of double-standards. A check of dead links on his site with the free tool he recommends (Xenu) in his article "Fighting Linkrot" produced approximately 458 dead links (including images, links, spacers and outgoing links).

One of the things I have noticed about people who take Nielsen's teachings at face value is that they end up communicating like him. The blaming, critical and self-righteous tones that characterize Nielsen's articles and interviews are not to be confused with how a professional usability consultant ought to communicate. Of the hundreds of people I have trained in the past few years, I have noticed the "Critical Jakob" in their findings. The danger is that armed with Jakob's influence, we can assume that we have a hammer large enough to break anything. A reader comment to Jakob's partner Tog a few years ago raised this issue. Tog's response was that this communication style was for marketing purposes only and that it was not the way he and his colleagues speak to their clients.

It's rich to criticize something as if no other dependencies exist. Even better to pretend like you have all the answers and that no humans (with feelings) were ever involved in the design. By taking the National Enquirer (a supermarket tabloid newspaper) approach to communication, Nielsen is doing a disservice to the usability practitioner community by not imparting best practices in communicating usability insights. Is it asking too much to have usable communication?

Jakob Nielsen has done a good job of inflaming the people he is supposed to be enlightening. Some examples of the things Nielsen has said that have inflamed people include:

* "Flash is 99% bad"
* "These companies are narrow-mindedly insular, and populated with lifers.." (referring to companies in industries who don't get usability)
* “Here are just few examples of the BMW 745i’s clueless interaction design” (See the Open Letter to Jakob Nielsen this one provoked)
* "PDF: Unfit for Human Consumption" See the rebutal from Adobe ePaper staffer...

The Backlash to Jakob Nielsen

While the tabloid marketing approach might get read attention, it also produces its share of criticism. There have been many attacks on Jakob Nielsen, some of them humorous, hysterical and some more serious.

Why wouldn’t the King of Usability want to tackle the greatest challenge of them all: Designing a beautiful AND usable Web site?

Isn’t that what all Web professionals should strive to do? Why does there have to be a barbed-wire fence between designing a usable site and designing a graphically pleasing site?

There doesn’t, and to Mr. Nielsen’s credit, he doesn’t believe there has to be, either, even though his Web site shows me otherwise.

So what’s the hold up, Jakob?

2004 is upon us. Perhaps you have a Web site redesign in the works. Or maybe you’re finally going to build that company intranet you’ve been dreaming of.

Are you going to spend the money for a good designer and usability person, or go the way of Jakob Nielson and forgo the design part?

Obviously, your budget may have something to say about spending extra money on a designer, but don’t worry about it.

2. Example from Usability News, George Olsen "Response: The Backlash against Jakob Nielsen and What it Teaches Us"

Nielsen has had a bad habit of presenting personal opinions as research fact. The latest example is his rather bizarre claim 90% of (his proprietary and not-disclosed) usability guidelines will likely be achieved by 2017 (see Improving Usability Guideline Compliance).

A personal thorn in my side his been his insistence that blue is - and will forever be - the only appropriate colour for links. Now I have a background in graphic design and I know numerous ways to make clear something's a link. No, I don't have academic research to prove this, but I've got many a successful site. But yet, I still have to deal with business decision-makers who believe Nielsen has "proved" this point.

3. Example from Clay Shirky's "An Open Letter to Jakob Nielsen"

Let me quickly address the least interesting objection to your idea: it is unworkable. Your plan requires both centralization and force of a sort it is impossible to achieve on the Internet. You say

"...to ensure interaction consistency across all sites it will be
necessary to promote a single set of design conventions."

"...the main problem lies in getting Web sites to actually obey any usability rules."

but you never address who you are proposing to put in the driver's seat - "it will be necessary" for whom? "[T]he main problem" is a problem for whom? Not for me - I am relieved that there is no authority who can make web site designers "obey" anything other httpd header validity.

Breaking the Monopoly on Usability Consciousness

Usability is about understanding human behavior. For one person to dictate how customers behave and how a field should apply best practices seems counter-productive. There are many wonderful "thought leaders" in the Usability and Human Computer Interaction world that many outside of the practitioner community rarely hear about. Jakob's colleague Donald Norman is just as influential, if not more, but his contributions seem more palatable perhaps because they help you learn instead of making you feel inferior. Or people like Brenda Laurel (a pioneer in User Interface Design and 3D interaction) who for a short stint was with Nielsen-Norman group. And there are many more who have contributed to the field...

Nielsen's famous "heuristics" (guidelines for web usability) are another area that shows that his popularity is more public relations than credit of invention. For instance, few people realize that Nielsen co-authored the original publication on heuristics with Danish colleauge Ralph Molich and then later with Robert Mack and others. Yet you rarely hear usability folks saying "Nielsen-Molich heuristics", it's "Jakob Nielsen's heuristics".

Contributions to developments in the field are compromised if practitioners must tip-toe around the shadow of what Jakob Nielsen said. For example, Nielsen is very vocal about 3D and virtual reality interfaces. He claims that evolution did not intend humans to navigate in 3D space. Since I did my masters research in the usability of virtual environments, it appears to me that Nielsen has never looked at any of the research in 3D usability that has come out of British universities or the Human Interface Technology lab at the University of Washington, for example.

Reforming with Research Based Usability Guidelines

What we need is a reform of how usability is "trickled down" to the masses. As awareness grows to commercial bias or self-serving interests in usability research, we will see a greater emergence of independent research-based usability guidelines such as these from the National Insitute of Health.

Follow up: Read Jakob's Ladder for a very comprehensive profile of Jakob Nielsen.